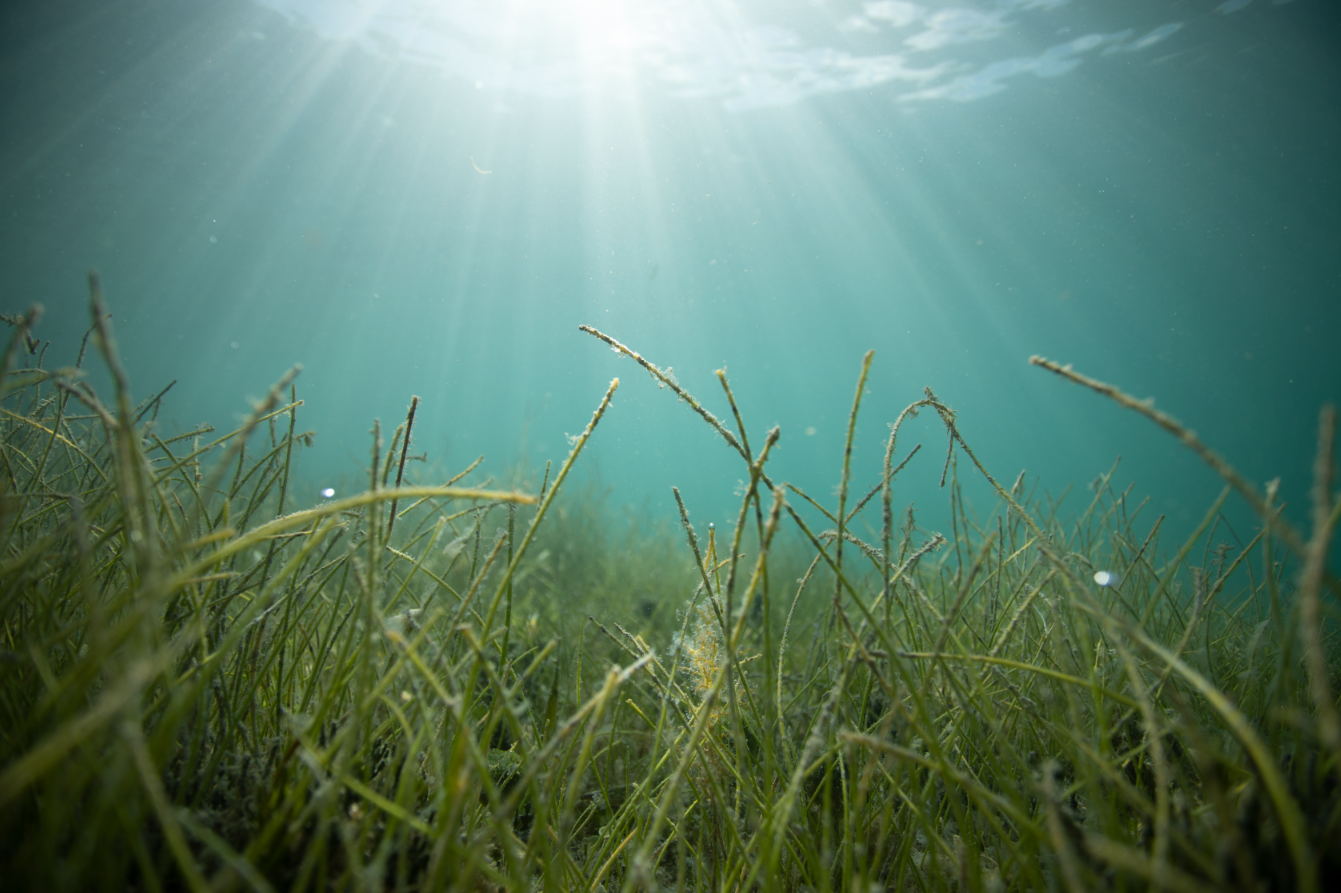 Seagrasses are located along the shore of every continent except Antarctica. They are submerged flowering plants with deep roots. Seagrass ecosystems can sequester significant amounts of carbon and store it as organic carbon in sediment for long periods, making them one of the most significant natural carbon sinks globally. "Blue carbon" refers to the removal of carbon dioxide from the atmosphere by the world's ocean ecosystems. As carbon accumulates over time in seagrasses, it is stored primarily in soils, with 50-99% of coastal blue carbon stored in the soils below ground. These accumulates have been measured up to four meters deep and remain for extensive periods (up to millennia).

Why is seagrass so important?

Seagrasses account for a minimal proportion of the world's oceans at less than 0.2%, however, they sequester approximately 10% of the carbon buried in ocean sediment annually, sequestering 27.4 Tg of carbon per year. In comparison to terrestrial forests, seagrasses can store up to twice as much carbon per hectare. Current estimates propose that the global seagrass ecosystem organic carbon pool could be up to 19.9 billion metric tons. Aside from sequestering carbon, seagrasses play a fundamental role in protecting coastal ecosystems from erosion, flooding, and storms. They are constantly building and securing sediment by filtering sediment and other nutrients from the water. Seagrasses also provide important habitat for fisheries and numerous flagship species, including manatees and sea turtles. 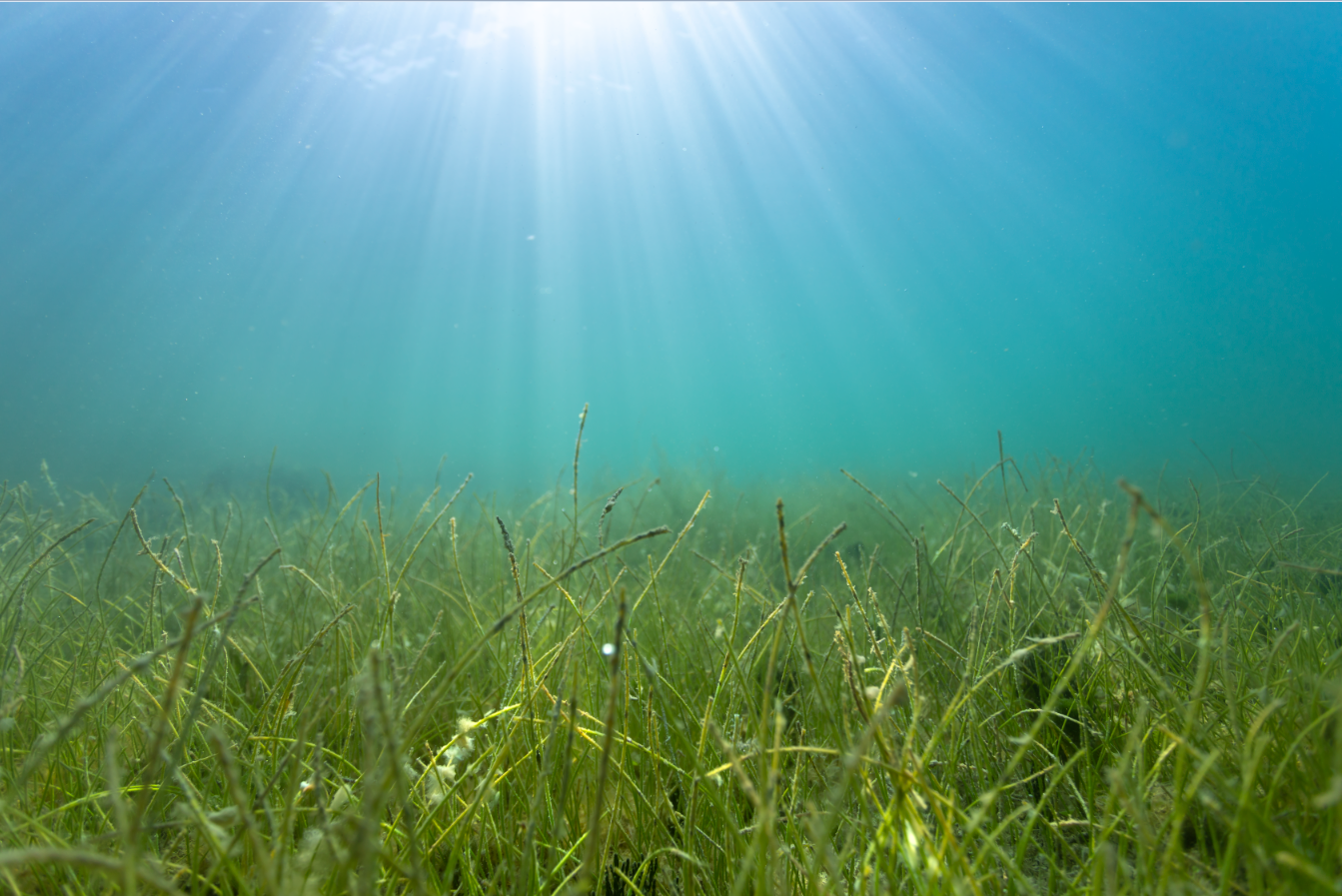 However, despite their importance, approximately 29% of Earth's seagrass ecosystems have been lost globally. With annual global losses of around 1.5%, they are among the world's most threatened ecosystems; this rate has been increasing in recent decades. Such losses are due to major threats, including deforestation and dredging, which degrade water quality due to poor land use. Other drivers of conversion and degradation include aquaculture, urban and industrial coastal development, and marine and terrestrial sources of pollution. While the cause may vary, they are all driven by human activities. As climate change continues to be a threat, these impacts are expected to intensify.

As seagrasses are degraded, converted to other land uses, or lost, the blue carbon stored in the soil is exposed and released into the atmosphere and/or ocean as CO2. Loss of seagrass ecosystems could result in the annual release of 0.15-1.02 billion tons of CO2. Seagrasses combined with mangroves and tidal marshes have a global area that equates to only 2-6% of the total area of tropical forest, however, degradation of these ecosystems accounts for 3-19% of carbon emissions from global deforestation. A recent study compared the emissions resulting from the annual loss of these blue carbon ecosystems to the annual fossil fuel CO2 emissions of the United Kingdom. Currently, the emissions of the United Kingdom are ranked 9th globally.

There have been global efforts to conserve and restore coastal ecosystems by developing and implementing various policies, coastal management strategies, and tools. Managing these blue carbon reserves also benefits climate change mitigation, therefore, their conservation is fundamental. While efforts have been made, further action is still required. The conservation of coastal ecosystems for their blue carbon storage and/or sequestration potential generates an income comparable to (and potentially higher than) many of the major causes of conversion or degradation.

Seagrass in Bermuda has been critically damaged by the environmental impacts mentioned above, as well as overgrazing by turtles. Climate Wise is part of a public-private initiative focussing on restoring seagrass and the micro-ecosystem around Bermuda to its former state. 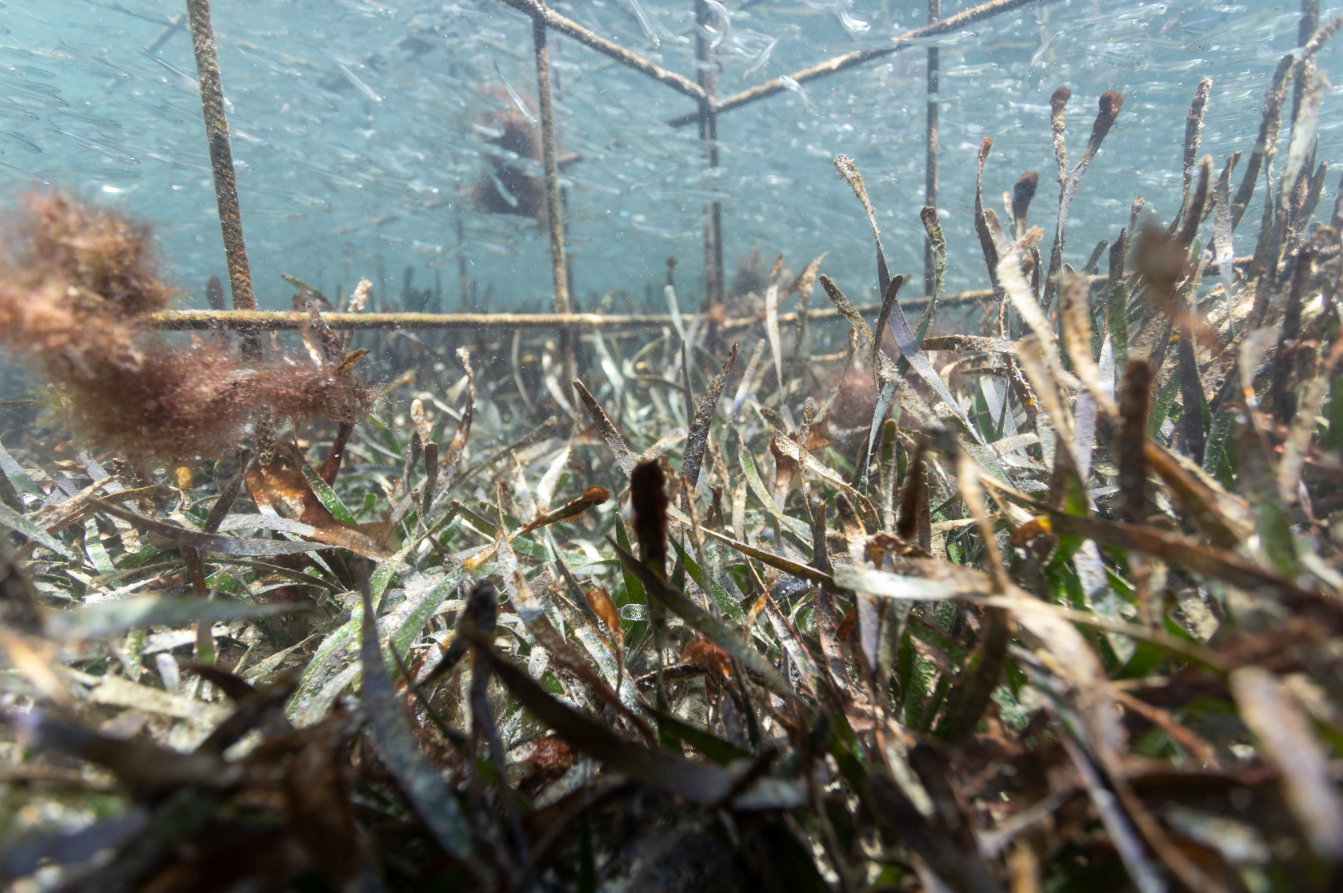 There are numerous benefits from such restoration, including

- New carbon sequestration
- Expanding critical habitat for wildlife
- Providing a unique educational experience
- Creating a unique tourism opportunity
- And serving as a test case for re-growth of seagrass and re-population of a micro-climate.

The Bermuda Government's Department of Environment and Natural Resources has designed cages to protect seagrass as it recovers. With a test case of 64 cages deployed, the rollout of 354 cages is now planned for our Bermuda Seagrass Project, bringing the total area covered and protected to over 19,000 m2 of seagrass. Education on this critical and valuable landscape will also be provided and scientific findings will be shared by studying the impact of this seagrass in Bermuda.

Bermuda's tourism industry will see numerous benefits as a result of the Climate Wise Bermuda Seagrass Project, including long-term protection and preservation of the iconic seascapes and short-term benefits such as educational tourism through opportunities to assist with the restoration work. The economy will also benefit through restoring resources, supporting local businesses, and establishing an academic leadership role. This project, with its multiple benefits, is an example of the scenarios Climate Wise focuses on supporting projects that simultaneously support the environment, local communities, and the economy of a bioregion. 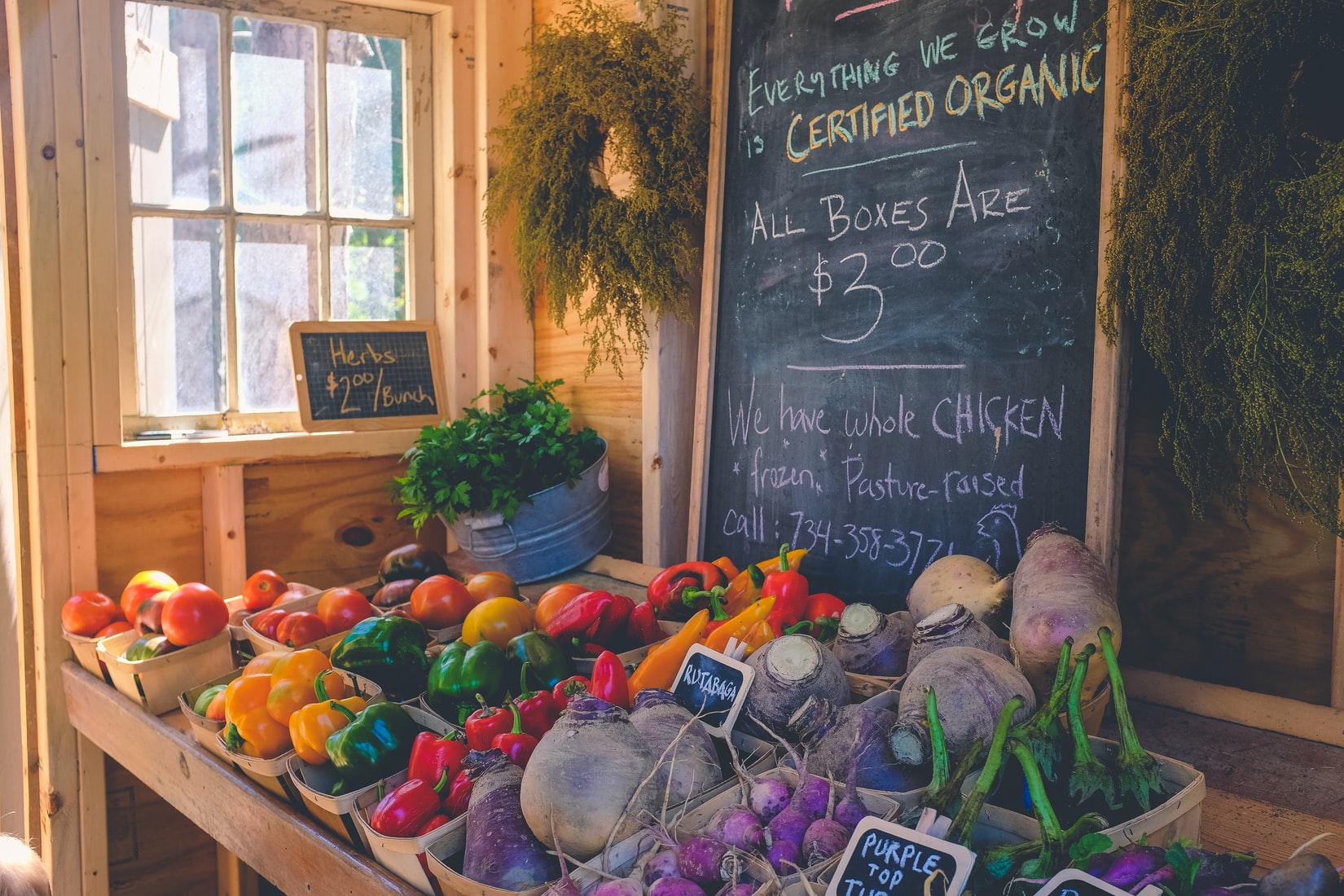 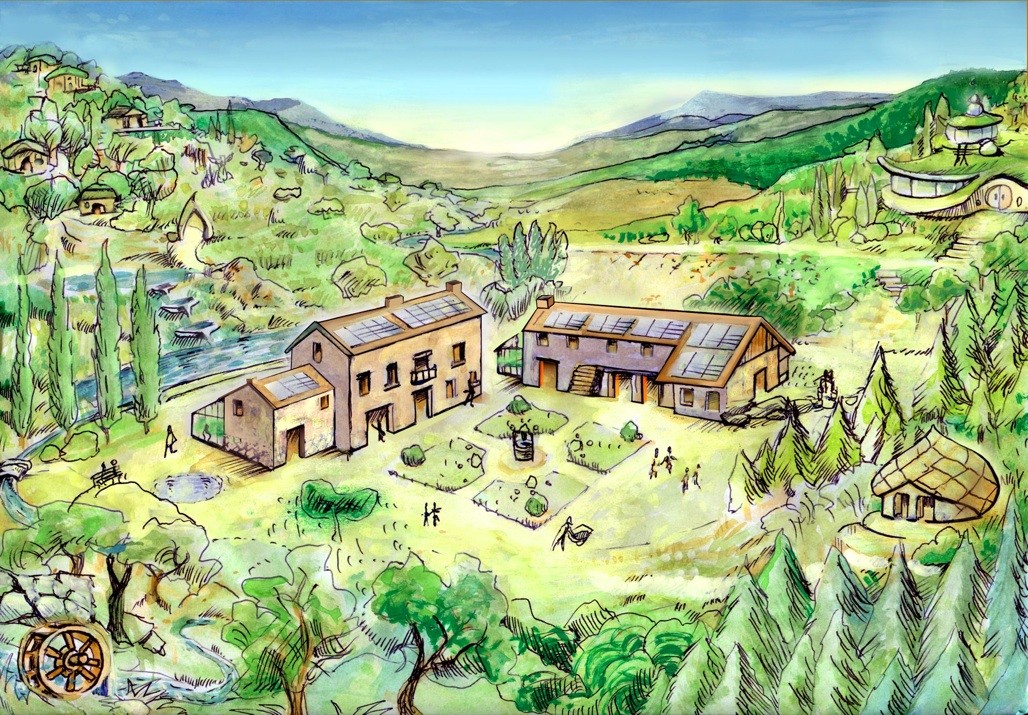